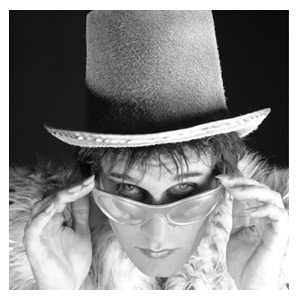 [Daniel Ash] took up the guitar when he was 15 and said that he only learned to play three chords in roughly three years. While this may not have boded well for others, it didn't stop Daniel. Later on he worked very hard indeed to make a guitar not sound like a guitar and became an expert in the art of using an E-Bow.

The EBow is a great bit of gear. I have shares in the company, and they're doing quite well, thank you very much. [Laughs.]

I played guitar with a violin bow but started using an EBow instead. It was more reliable, more controllable. It can completely change the atmosphere of a track.