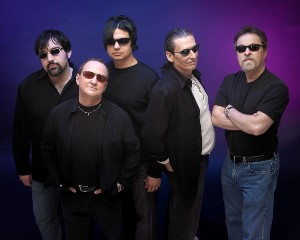 Blue Öyster Cult: The History Project: 1985 "I've always thought that (Don't Fear) The Reaper sounds so incredibly much better live than the original studio version. The classic arpeggio riff cuts through far more effectively with Buck's live sound and then there's the superb end instrumental which just builds until the spectacular ending. Live, this track is simply amazing and it certainly does the business tonight. Eric played his BOC symbol shaped guitar on this one and I recall watching with interest as he used an Ebow to hold the long note on the last verse. The song concludes to enormous applause and the band leave the stage."