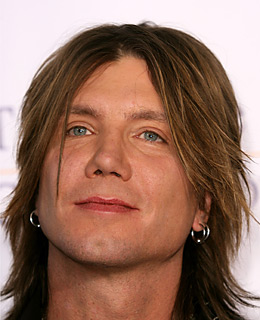 Close Your Eyes • On the Lie.

In the studio I use a lot of E-Bow. I used it for things like vocal reinforcement on Superstar Carwash, like "Close Your Eyes" and "On the Lie." I also did a thing where I plugged the guitar into a Leslie and played notes with an E-Bow. Then I went back and did another track and played the second note of a cord. I built cords that way, and punched components of each cord in and out. It sounded a lot like an organ. I love the sound of Leslies, but it's hard to use that shit live.